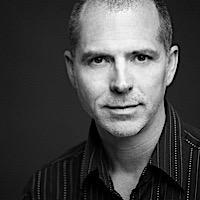 I taught myself to program in B.A.S.I.C. on a Commodore 64 in 1983 as a sophomore in high school. After various majors in college, I eventually graduated with a B.F.A. in Ceramics, Sculpture, and Drawing. Then after stints as a furniture designer/maker, potter, and gallery owner, a friend let me play with his Macintosh Centris and I was pulled back into the early tech world.

In 1997 I started one of the first web design and consulting companies in the Southwest, Otaku Symtezzi , based in Santa Fe and Albuquerque, New Mexico. In those early days we handcoded HTML with <tables> because CSS had just been created but wasn't supported in the Mosaic web browser ...other browsers didn't exist yet. We also used Perl for SSI (server side includes) dynamic elements and FileMaker and Lasso for the database layer.

Why does this site exist?

We were fortunate in the success of our company to be able to move to Oahu, Hawaii in 2002 and then to Maui, Hawaii in 2011.

After 20 years of building large custom CMS for small to large businesses and state agencies, we hit a bit of burn-out and began to wind down our consulting and web development biz and focus on our individual art careers on Maui.

We keep a few favorite clients on the books and from time to time they require custom programming features. After several years of basically ignoring the web development world, I found I missed the intellectual challenge of programming and dipped back in. What I found was a new world of SPAs , Node.js , JAMStack , and serverless computing .

In researching these new tech stacks, React and Vue came up most often. Because React came out of Facebook I was not interested (we completely deleted our Facebook Profiles and Pages in May 2017 and I don’t support Facebook in any fashion.)

That left Vue. Further research turned up Svelte (and Sapper ) and although it's not as mature or wide-spread as Vue (as of March 2020) , it makes more sense, to me, in how it works and why it's constructed in the way it is.

There's many posts and lots of info on how to get a Svelte/Sapper site up and running. But I've yet to find a single source that provided all the information I was looking for. So I decided to create this site to not only learn more about Svelte/Sapper, but also to learn and create the type of content that would have been helpful to me.